← Scottie Pippen will NOT be Prosecuted for Malibu incident
Dancing With The Stars: Who’s In? →

P.Diddy scuffle With J.Cole At The VMA After Party

Posted by The made market 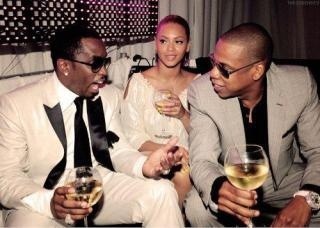 On Sunday night, P.Diddy and J. Cole went at it at the VMA after-party hosted by the entrepreneur and Jay-Z. The celebration was held at PH-D rooftop lounge in lower Manhattan, and was attended by top artists such as Pharell Williams, Rihanna, Drake, Justin Timberlake and J.Cole.

Drama started after J.Cole said somethings to Diddy and his girlfriend, Cassie, the NY Post reports. Whatever J. Cole said to Cassie, Diddy did not like it. Diddy got angry, and there were shoves as bottles ended up on the ground and partygoers were knocked over. “We were all dancing and the fight breaks out, and it happened so quickly and bottles were crashing everywhere, and everyone was screaming. People got pushed into bottles,” a guest told the New York Daily News.

On Tuesday, P.Diddy took to Twitter to address the situation, saying that the altercation was not physical, which various reports claimed. “I usually don’t address rumors but I got too much respect for my bro @JColeNC. We are friends. We just yell in public sometimes LOL #Fam,” he wrote.

But Jay-Z allegedly had to yell at the two artists and told them to stop fighting. “It was mayhem. Beyoncé was yelling to stop and Jay Z was separating people and getting people away from Bey,” another source said. Regardless of whether or not the fight became physical, it seems the two artists have moved on.

← Scottie Pippen will NOT be Prosecuted for Malibu incident
Dancing With The Stars: Who’s In? →